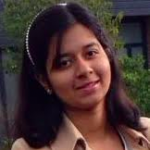 Change is the next step

Rania Khan is a 14 year old pupil at the International School of Amsterdam.

I’ve lived in two very different countries. I was born and raised Bangladesh but the Netherlands has had a profound impact on who I am. It has made me believe in action and change. I was recently one of a group of pupils from the International School of Amsterdam (ISA) invited to the Anne Frank House to try out Taking action and Mastering the media, the fourth and fifth sections of the Stories that Move tool. I had previously tested the section on identity with my year group at school, as some of our teachers were contributing to its development. This time, however, five of us were asked to go to the Anne Frank House with ten members of the ISA chapter of Amnesty International to provide youth feedback.

In the Taking Action section, we were shown a video clip of people  who experienced a terrorist attack at close range, or experienced day-to-day discrimination, or were trying to address these issues. We were asked to think about the contexts and the longer-term forces that had caused these situations. The ISA has pupils from 40+ countries. This diversity ensured a broad range of ideas, each uniquely informed by the participant’s own life experiences.

In Mastering the media, we were asked to list different media according to the amount of time we spent on them, the level of trust we had in them etc. This prompted us to confront how our habits limit our world view. We looked at media bias and the importance of separating fact from opinion. Every single student came away energised, keen to spot subconscious biases and take action.

This process of testing Stories that Move made it clear to me that people my age are perfectly capable of evaluating and discussing sophisticated concepts. If we expect ourselves to think deeper and act more effectively – if we presume the best, and understand young people to be capable of changing the complicated forces that shape our world – we might be on our way to much-needed solutions.

So, accessible tools like Stories that Move, which sets out to engage young people in a lifelong conversation starting with ‘What’s wrong?’ and ending with ‘What can I do about it?’, are important. In fact, I think the world needs them more than ever.