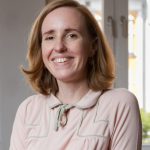 Peer stories reduce prejudice. This assumption has inspired numerous interventions run by NGOs all around the world. It has also been tested and confirmed in a number of social psychology studies. Yet it is not so frequent, at least not in Slovakia, that NGOs and academic institutions join forces.

In 2015-2019 I had the pleasure to coordinate a research project supported by the Slovak Research and Development Agency. The aim was to develop and experimentally test educational interventions to reduce prejudice against Roma and other stigmatized minorities. We based our interventions on four stories from Stories that Move, and tested their effectiveness in elementary schools from different Slovak regions. We combined stories of young Roma with the stories about young people from other minorities. In this way we wanted to achieve a better sensitization of our participants to diversity.

Altogether, 482 students from seven Slovak primary schools took part in the research. 7 and 8 grade classes in each school were randomly assigned to an experimental or a control group (14 classes each in total). Students from classes in the experimental group participated in an intervention program, which consisted of three 45-minutes group activities carried out once a week. The activities focused on solving the problem of the relationship between a Roma boy and his non-Roma girlfriend (Márk), completing unfinished stories of young people of different origins (Landry, Karmen, Matej) and analysing a short video presenting the life experiences of Nikola, a young Roma woman living in Slovakia, that we produced independently of Stories that Move.

Students in both groups completed a pre-test questionnaire 5-10 days before the start of the intervention program, and a post-test questionnaire 5-10 days after the program completion. The questionnaires surveyed attitudes towards the Roma and other outgroups (refugees, Muslims, people of colour, Hungarians, people with disabilities), as well as the level of trust, social distance, perceived anxiety and behavioral intentions (e.g. whether the students would engage in conversation with a new Roma classmate) towards Roma. We also asked about the quantity and quality of direct contact with Roma, and about the school climate when it comes to promoting tolerant intergroup relations.

As proved by the post-test analysis, working with peer stories from Stories that Move managed to reduce social distance, increase trust and strengthen positive behavioural intentions towards Roma. Interventions also improved attitudes towards people of colour, Hungarians and people with disabilities (groups present in the stories we worked with), but we did not observe a secondary transfer of positive attitudes to other outgroups that were not mentioned in the stories (refugees and Muslims). We also did not manage to reduce anxiety that some students felt towards Roma. The more positive direct contact with Roma students had, the more positive their attitudes were towards them, the lower the social distance they had and the higher the level of trust they felt after the intervention. Also, those students that perceived their school climate as promoting tolerance and respect in school life reported lower anxiety after the intervention program completion.

As a result of the project, a toolkit (in Slovak language) for teachers and educators was developed, presenting the intervention program. It has been disseminated in collaboration with Milan Šimečka Foundation and presented at the project closing event in June 2019 and at several conferences for teachers, youth workers and experts.