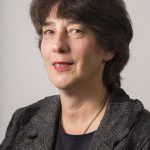 Sadly, shockingly, tributes to two of the people discussed in Stories that Move have been physically attacked in the past two weeks; Ilan Halimi and Simone Veil were both targets of antisemitic hate crimes. Their biographies are part of Learning path 3, Life stories. Ilan Halimi was a young French mobile phone salesman from a Moroccan-Jewish family who was tortured to death over three weeks in 2006 by a criminal gang that believed ‘the Jews’ had money and would pay up. Ilan was eventually dumped, dying, by a railway line in Paris. Two days before the anniversary of his murder this month, a tree planted in his memory there was chopped down. The same week the tree was vandalised in Paris, swastikas were also scrawled over posters celebrating Simone Veil, a Jewish lawyer and Holocaust survivor who became the first president of the European Parliament. She was France’s first female cabinet minister and a pioneer of women’s rights who fought for and won a law legalising abortion.

The Stories that Move online tool encourages learners to reflect on positive achievements in addressing discrimination as well as things that haven’t changed. They pick a life story and are asked: what is the significance of this life story today? Sadly, the attacks on the memorials to Ilan and Simone, and other recent antisemitic incidents in France and elsewhere, reveal a clear link to the world our learners must navigate today  – and the importance of discussing all forms of hate speech around us and the need to speak out against it.

The mayor of Paris, Anne Hidalgo, has now planted a new tree to commemorate Ilan, in the city park that bears his name. “We will fight,” she said. (“Nous resistons, nous nous projetons et nous allons combattre.”)

Simone in Auschwitz-Birkenau in 2005, to commemorate the liberation of the camp in 1945. © ANP, The Netherlands